SE Automation is pleased to announce that our organization has won its third Bronze Eagle Award in a row for Siemens’ 2014 fiscal year. This is also the fourth Bronze Eagle for SE Automation overall and the fifth for the Standard Electric Family of Companies. The award is bestowed upon the top tier distributors in each region based upon sales growth and market participation with Siemens personnel. This is a very prestigious award that is awarded to the top two distributors in a region, with only ten being awarded across the entire country.

We would like to extend a thank you to all of our customers who allowed us to take part in their success throughout last year. We’d also like to congratulate our team of dedicated engineers and associates who have helped SE Automation remain a premier distributor for Siemens once again in 2014. 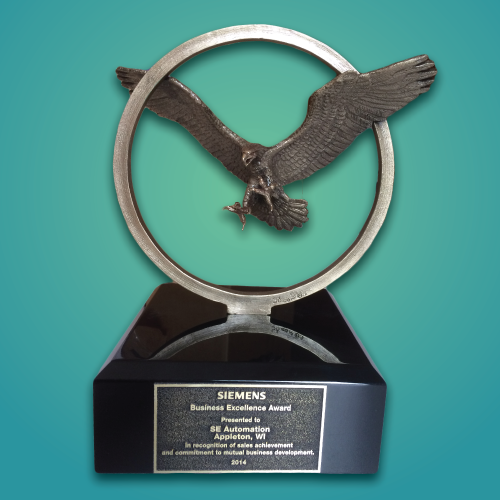 SE Automation, a Standard Electric Supply Co., in business since 2004, is committed to offering you, the customer, the quality services and products which you require to successfully run your business.